In Feb 2015 Gatto Industrial Platers installed our Large Parts Electroplating Line enabling us to zinc plate parts up to 27’ long and up to 8,000 pounds.

The production of King Kong began when we identified the need for a more efficient option for protecting large parts from corrosion.

Many parts such as frames, enclosures, and weldments were previously designed as smaller components due to electroplating tank size limitations.

Large, assembled parts were limited to finishes that average larger tank sizes but contain properties that can be problematic for parts with certain features. Hot-dip galvanizing is a common alternative with larger size capabilities but can cause build-up on threads and small holes or warpage due to high temperatures.

Parts such as long tubes or bar stock might require being plated in sections resulting in over-plating in certain areas.

Gatto recognized the need for larger capacity electroplating tanks and is now capable of offering an alternative solution for large parts in need of corrosion protection.

King Kong has enabled us to provide many benefits to our customers such as: 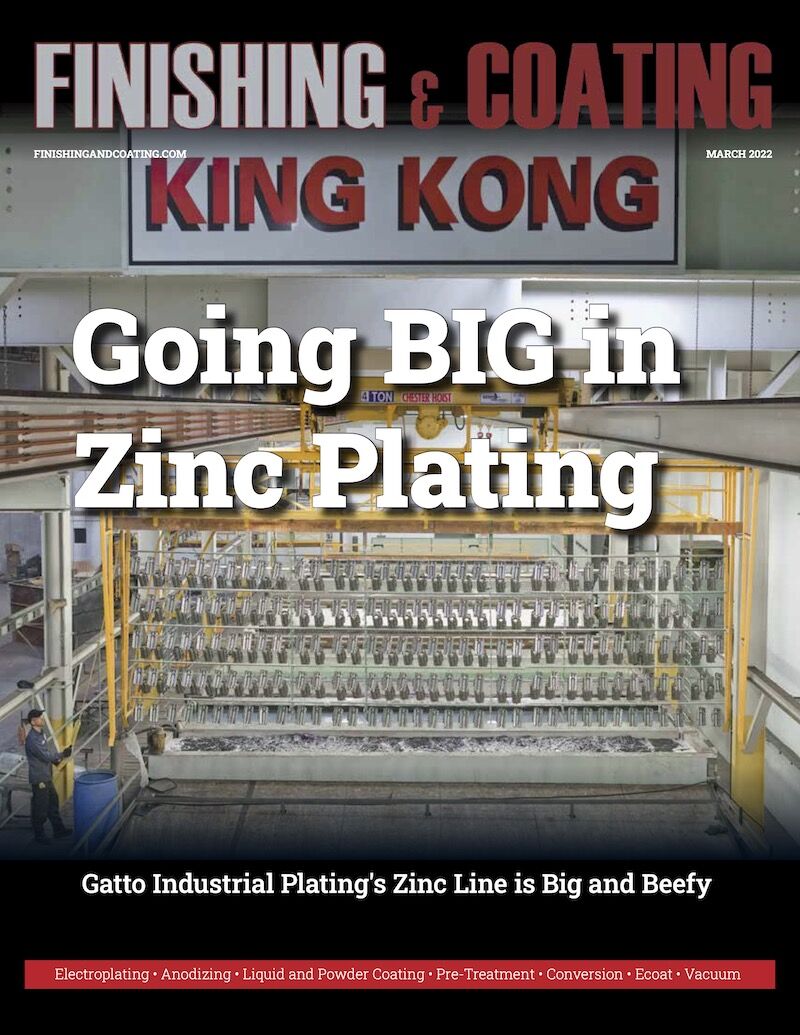